The goals / steps of this project are the following:

My project includes the following files:

Feature Extraction and Training of Classfier

Feature extraction from the training images 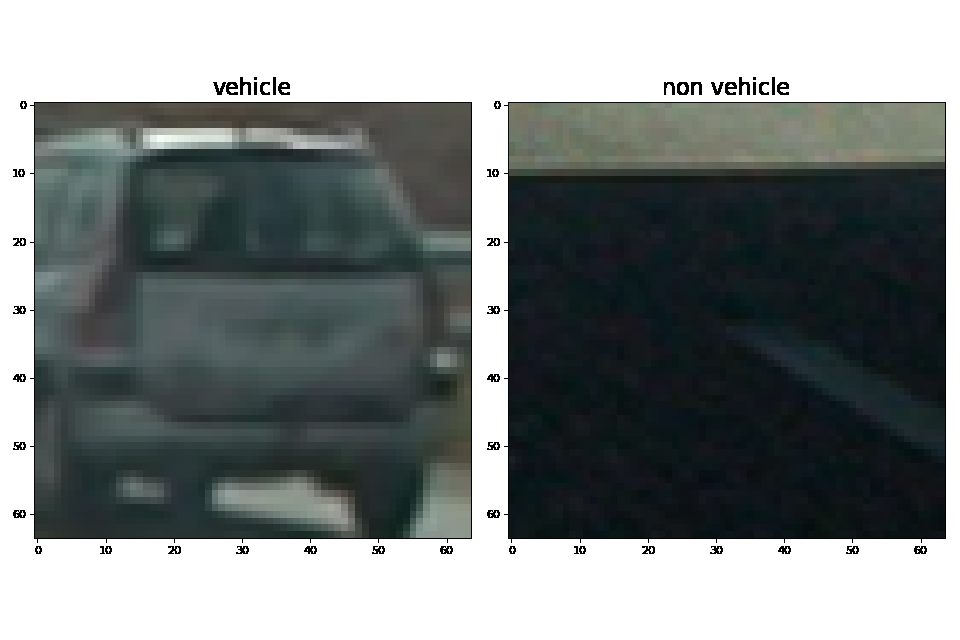 In order to identify if the images that show a vehicle the following feature extraction techniques are used:

The combinations of parameters and its impact on the test accuracy is calculated in test test_01_train_histogram() of test_train.py

The combinations of parameters and its impact on the test accuracy is calculated in test test_02_train_spatial of test_train.py

Histograms of Ordered Gradients (HOG) were calculated in order to extract features that represent the shape of the vehicle.

A linear Support Vector Machine classifier was trained with feature vectors that were created by different skimage.hog() parameters in order to figure out which parameters work best on the given training data. The following table is calculated in test_03_train_hog() of test_train.py

Training of the Classifier

The training of the classifier is implemented in function train() of train.py:

The pipeline for detection of cars is implemented in function process() in file car_finder_pipeline.py. It consists of the following steps:

Ultimately I searched on three scales using YUV 3-channel HOG features plus spatially binned color and histograms of color in the feature vector, which provided a nice result. Here are some example images of the results and the intermediate calculations:

Here’s a link to my video result

In order to reduce the false positives I included detections of vehicles in previous frames (see hotspots.py, draw_labeled_bboxes_with_history())

Here’s an example showing results and the intermediate work product of a sequence of frames in the project video.:

Here the resulting bounding boxes are drawn onto the last frame in the series:

While implementing this project I frequently ran into the situation where I tried to reuse a classifier that was trained using different feaure extraction strategies and parameters. By adding the parameters into the pickle file, I was able to avoid this problem.

The results of the vehicle detections improved significantly by improving the following aspects of the code:

For improved classification results we might be able to find a better feature extraction mechanism or we could use a CNN such as YOLO (“You only look once”). Additionally, we could try to improve the parameters of the classifier using sklearn.model_selection.GridSearchCV.